Skip to content
Cart
My recent trip to Smitten on my chalkpaint run lead me to try the new "French Linen" color, I opened the can two nights ago and painted till the wee hours in my kitchen yes..........I have painting going on in my kitchen..........but I have painted mirrors, smalls, end tables, chair, large end table and have more than a quarter can left.  Here are the "unstaged" pictures of french linen before distressing and waxing 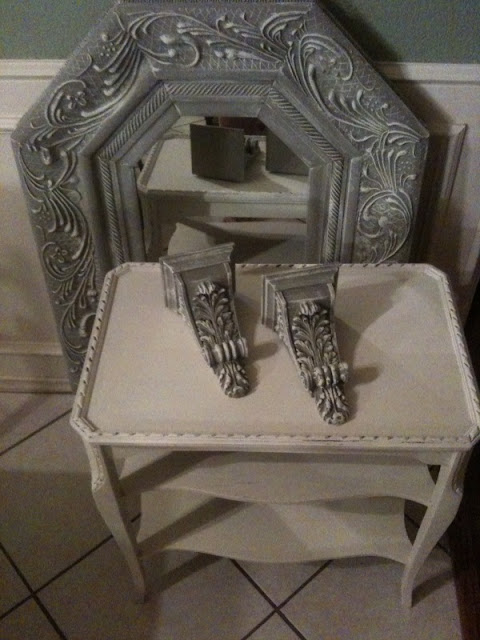 Mirror and Smalls were painted in French Linen and then dry brushed with old white, I love this combo!
Table was done in old white 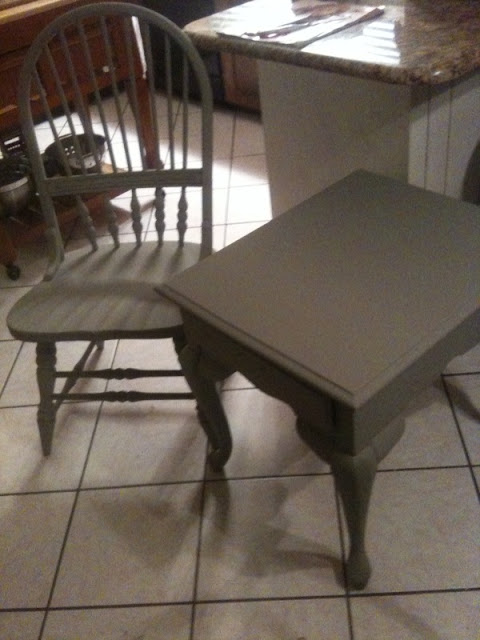 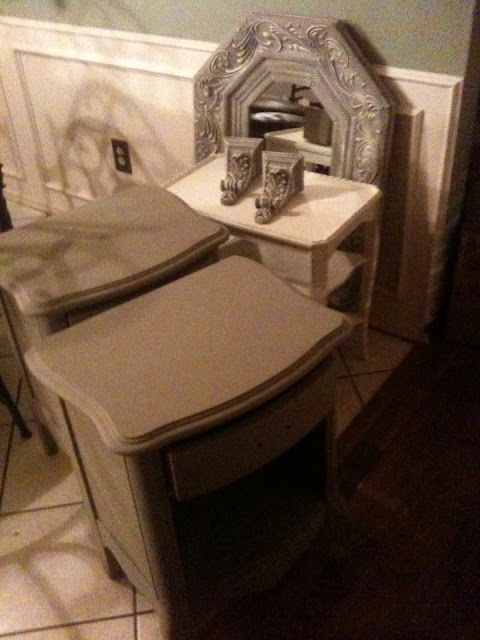 A couple of French Provencial Night Stands done in French Linen
So I also painted an old mirror for a friend I neglected to get a picture of using French Linen that she has already taken to her shop and I still have enough of the quart left to paint another medium piece of furniture!
Is the Annie Sloan Wax worth it???
Bri wax 17.99
Annie Sloan Wax 24.99
hmmmm so at first I got Bri wax, the only "pro" is that it is cheaper and that there is a lighter brown color
Cons
Smells very very strongly of chemical, burns hands and I am unable to use inside as the house stinks for hours even with a fan blowing.
Annie Sloan
Pro's
No smell I can use it in my kitchen, I can get it on my skin and no reaction.
Con's
Cost, and the dark wax is a little too dark at times but can be mixed with the clear to make a lighter brown
Would I buy bri wax or Annie Sloan wax next time
Annie Sloan Wax hands down!!!  For as much furniture as I do the concerns of the VOC's, burning hands, need to wear gloves  and I like the workability and the finish of the Annie Sloan Wax much better
Hope this helps anyone who was curious about the waxes or the new French Linen Color
All the painted items will be available in my "Shantygirl" space at
Uniques Gallery
Roanoke Texas
Have a Wonderful Tuesday!
Sherry
Share Share on Facebook Tweet Tweet on Twitter Pin it Pin on Pinterest
Back to blog

Our Processes and Candle Care

Subscribe to get special offers, Free giveaways and be the first to know when we launch new products! Receive 20% off your First Order Please Use code Signupandsave at checkout  to recieve discount